The faith of the patriot 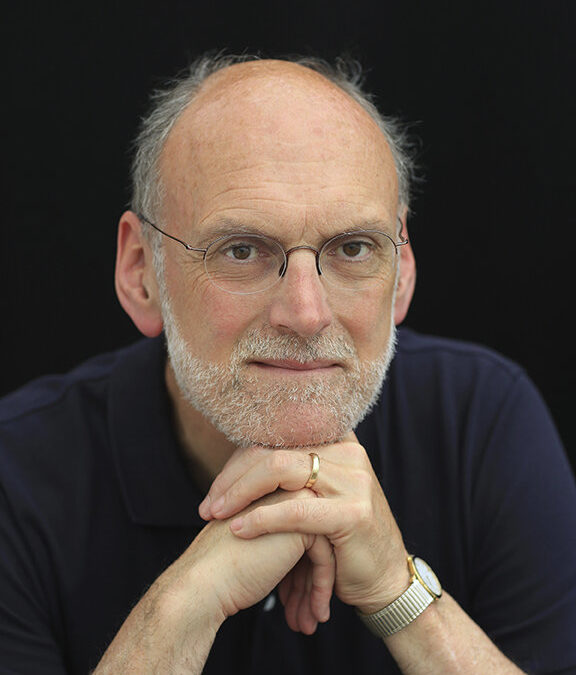 I am a British patriot. In late 1982 I was a student, living in Chicago and about to marry a US citizen. I vividly remember, in the weeks before the December wedding, a conversation with two American friends, who casually assumed that I would be settling in the New World. When I told them that I was intent upon returning to my own country and making my life there, for good or ill, they were mildly stunned.

I have always been a British patriot because I am an Anglo-Scot, born in Scotland to a Scottish father and an English mother, and educated on both sides of the border. I do not answer to ‘English’ or ‘Scottish’, for, being both, I am British. I am aware of Britain—or, to be exact, the United Kingdom of Great Britain and Northern Ireland—as a highly successful multi-national state, whose members have grown a degree of international trust of which—even now—the European Union can only dream.

I have always been a patriot, but throughout my life (which began in 1955) I have been aware that, at least in educated, middle-class circles, it is regarded as embarrassing to say so. The reasons for this are not clear and no doubt they are complicated. But having reached older age, I have found myself liberated from minding quite so much what other people think. Moreover, it seems to me obviously right that one should care for one’s country, and very odd indeed that we should be expected to pretend not to. Surely it’s cool to care. The truth is that there are plenty of patriots around in Britain; it’s just that almost none of them will own up to it. I have never come across anyone else in my social circles who has said, as I have come to say, “I am a patriot”.

No doubt some fear being tarred as ‘nationalists’, which—with the puzzling exception of Scottish nationalists—tends to connote blind, rabid faith. So let me explain why that would be a caricature of what I mean by ‘patriotism’.

I do not believe that any nation is inscribed in nature’s DNA or guaranteed eternal life. Historically it is surely true that particular nations are human constructs, not natural facts. As they have evolved, so they will change and perhaps pass away. The United Kingdom did not exist before 1707. The United States could have ceased to exist in the early 1860s. Czechoslovakia did cease to exist in 1993.

If historians have reasons to be sceptical of the claims of nations, so do Christians (of which I am one). According to many authoritative students of the phenomenon, the nation as we now know it is a specifically modern entity, appearing first in late 18th century Europe and progressively capitalising on the cultural decline of the Christian religion. As Europeans lost their faith in God, so the story goes, they transferred their faith to the nation; and as they ceased to hope for life in the world-to-come, they began to invest themselves in the nation’s immortality. This is certainly true of Romantic nationalism, judging by this statement by the 18th century German philosopher, Johann Gottlieb Fichte:

Because of the idolatrous character of Romantic nationalism—because of its conflation of the nation with God Himself—the 20th century Swiss theologian, Karl Barth, writing in the shadow of its infamous Nazi expression, refused to accord the nation any special status at all. In his mature thought, distinct national communities—or ‘peoples’—dissolve into near and far neighbours.

I think that Barth was right to puncture the pretension of nations to the status of something absolute or essential. Nations are fundamentally constituted by national consciousness, by a sense of national identity, by the feeling of individuals that they belong to this people. And such a sense of community is usually born in reaction against another people, which is culturally different and whose difference grates or threatens: I belong to this people because I oppose that one. Thus the various clans occupying the island of Ireland developed a sense of Irish identity partly in common opposition to English (and Scottish) intrusion. And the English and Scots together developed a sense of British identity partly in common opposition to French Catholic monarchical absolutism and then French revolutionary republicanism. Since nations are constituted by national consciousness, and since this consciousness is reactive, it follows that nations are contingent in origin.

Notwithstanding this, the fading of the original stimulant need not cause the dissolution of common national consciousness, insofar as that consciousness has found institutional expression. For through institutions a people’s peculiar linguistic grip on the world, customary incarnation of social values, and political ideals achieve a relatively stable state, which can survive the cooling of the original crucible. These institutions can be cultural and civil social, rather than political; and if political, they can enjoy varying degrees of autonomy.

Nations are contingent, evolving, and transitory phenomena. In that sense, they are artificial, not natural. And they are certainly not divine. However, in another sense they are natural, insofar as their customs and institutions incarnate a particular, perhaps distinctive, grasp of the universal forms of flourishing suitable to human nature. Like families and churches and schools and supranational bodies, nations too can embody forms of human good, thus wielding moral authority and obliging our love. Moreover, when nations acquire full statehood, they come to possess maximal power to shape life within their borders, so as to defend and promote goods. They also become centres of international agency, which bear responsibility for goods between nation-states, not that of least international order and peace. Insofar as a nation-state has a record of virtuous action internally and externally, shaping life well within and without its borders, it deserves a measure of affection, loyalty, and gratitude as much as any beneficent family or global charity.

However, even where national loyalty or patriotism is fitting, it should be limited. What one owes one’s nation is not anything or everything, but specifically respect for and promotion of its genuine good or flourishing. Such loyalty, therefore, does not involve simply doing or giving whatever is demanded, whether by the state or the electoral majority. Indeed, when what is demanded would harm the national community—for example, by acquiescing in injustice perpetrated by the state against some of its own people or against a foreign one—genuine patriotism requires that it be refused. True patriotism must be critical. Indeed, in extreme circumstances it might even be treasonous—as it was in the famous case of the Christian theologian Dietrich Bonhoeffer, whose deep love for Germany moved him to leave the safety of London in 1935 in order to share the trials of his people, and eventually led him into the abortive conspiracy to kill Hitler in 1944.

Patriots acknowledge an obligation of primary loyalty towards, or love for, their own nation. They certainly should also acknowledge obligations to other nations, and they may feel ties of loyalty toward supra-national bodies, but their first love will be for their own country. Not being gods, we cannot love everyone equally. And we certainly cannot claim to love remote humanity, if we haven’t first learned to love our citizen-neighbours. This patriotic love will certainly mean that we take pride in the achievements of our people, in their customs, laws and institutions that embody, protect, and promote elements of human flourishing, and we will admire those historic heroes who achieved them. We will also admire those who made great sacrifices in inaugurating or defending such achievements against tyranny, oppression, or corruption. As a Briton I am proud that the British abolished the slave-trade within the Empire in 1807 and that the Royal Navy was active in suppressing the trade world-wide for over a century until just before the First World War. And I am proud of the likes of Oliver Cromwell who opposed the rise of monarchical absolutism in Britain in the 17th century. Insofar as the trade in human slaves is morally bad, and insofar as constitutional limits on executive government are morally good, such pride is morally fitting and justified.

But the critical patriot’s love will not be blind; it will be alert to its failures. For failures that are not acknowledged, cannot be corrected; uncorrected failures proceed to cause further damage; and the patriot does not want to see his country further damaged. So the patriot acknowledges his country’s failures and the wrongs it has done, and precisely because he loves his country, he will feel shame. As a Briton, I am ashamed of the unjust seizure of land by British settlers in southern Africa in the 19th century, and I am ashamed of the racial arrogance with which many Britons treated Asians and Africans during the imperial period. Insofar as theft and arrogance are wrong, shame is morally fitting and justified. The morally responsible patriot, therefore, will be one who feels both pride and shame.

But not just shame. Also pride.

Nigel Biggar is the Regius Professor of Moral and Pastoral Theology at the University of Oxford and author of Between Kin and Cosmopolis: An Ethic of the Nation (Cambridge: James Clarke, 2014).