If we want a greener world, we must embrace economic localism 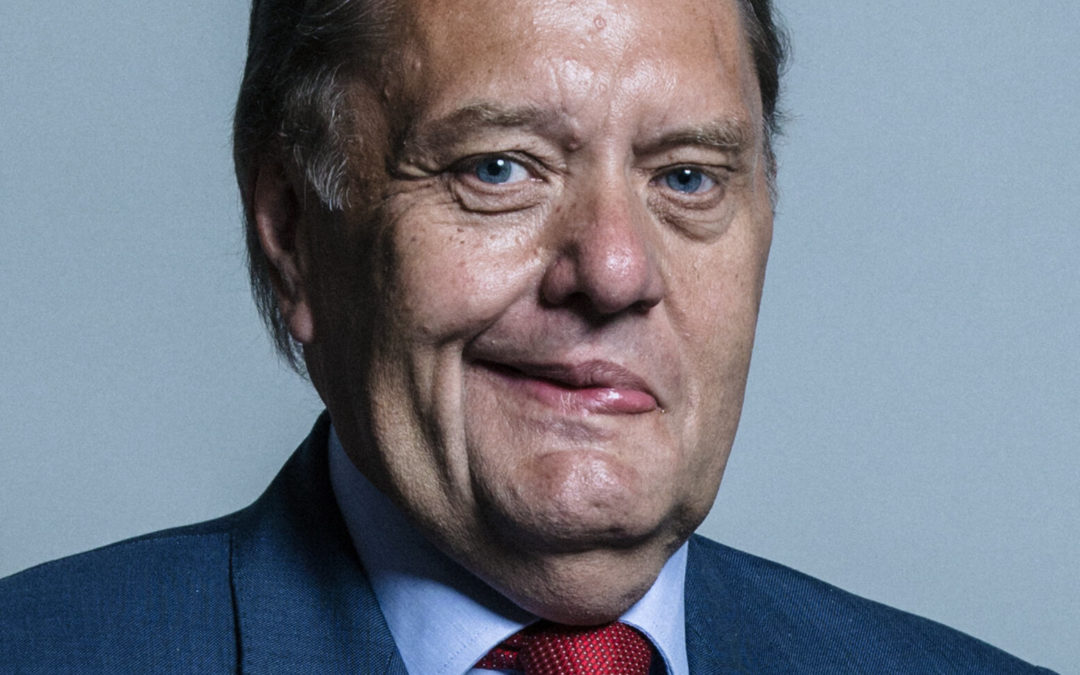 Burke saw the nation as the natural expression of this generational contract.

As he put it at the trial of Warren Hastings, “Next to the love of parents for their children, the strongest instinct both natural and moral that exists in man is the love of his country.”

This intergenerational connection means that each of us, as constituency MPs, not only have a responsibility for those who now live in the places we serve, but also for the generations that preceded them and those that will be born later. The mission to defend the collective wisdom of ages, passed to us in the form of institutions, both great and small – Burke’s “Little platoons” – and in customs, traditions, habits and ritual is the heart of conservatism. A concern for the environment, which is part of our inheritance, our responsibility and what we will bequeath to coming generations, is intrinsic to conservatism.

This covenant between generations means that, for conservatives, individual interest is subsumed to the common good. A telling expression of this Hegelian truth came with the decision of the British people to leave the European Union.

The vote to leave was not driven by a narrow minded xenophobia, as many in the liberal elite continue to believe, but by a heartfelt concern for our fellow countrymen.

Many of those voting for Brexit that I spoke to, both in Lincolnshire and beyond, were clear and open about their preparedness to relegate their immediate personal material interest, so to elevate the future prospects of their children and grandchildren, whose sovereign birth-right to choose to be governed by their fellow Briton was regarded by such voters as far more important than the ephemera of here and now.

All who have been abandoned by the forces of globalisation and internationalism look to Government to prioritise the needs of the people it serves; the primary responsibility of Government is the national interest.

Only an environmental strategy that is built on this fundamental truth can hope to succeed. Science and statistics do not change hearts and minds. But a political discourse, shaped by the nation’s priorities, that is ambitious, elegiac and significant can, and has.

This is the first reason why a strong nation state is essential to delivering an environmentally sustainable economy and social order. Because, ultimately, the challenge of achieving a harmonious, fraternal economy is an even bigger challenge than even Brexit.

It will present us with difficult decisions for decades to come. To achieve environmental sustainability we must transform our economy and society. Our power industry, every mode of transport, how we build, warm and cool our homes, food production, agriculture and land use, trade and industry – all must be reimagined. In essence, we must radically shorten the distance between production and consumption. That means making much more of what we consume domestically, so shortening supply lines and guaranteeing economic security, reducing air miles and reconnecting communities with local, sustainable economic activity.

None of this will be achieved through soulless corporates like Amazon and Google, nor heartless retail giants like Tesco or Walmart. Only through SMEs, with their intimate association with the communities in which they are situated, can fraternal economics flourish.

So, environmental sustainability is about much more than the weather, it isn’t mainly a matter of science, technology or even dry economics. It is primarily and profoundly political, it will reshape our world and our politics.

If environmental politics are seen to impose excessive costs, without concomitant benefits, especially on those hard-pressed communities who already feel they have been left behind — then it could provoke a public backlash.

Unless we are sufficiently bold to challenge globalisation – about which, after all, we were never consulted(!) – and develop solutions that bring benefits as well as costs, then the British public will be right to ask how change is in their communal interest.

And there is a second imperative behind environmental nationalism and the economic localism which is its natural child.

We must embrace the good that government can do. In practice, this means taking steps to prohibit the environmental horrors which are the consequent effects of multinational, huge scale commercial activity like packaging waste and excessive journey times. Think, for a moment, of the wasteful nonsense of produce grown in Lincolnshire being shipped to a distant distribution centre to be packed in plastic, then transported back to within yards of where they were grown and sold there in some ugly megastore; or the dystopian nightmare of shipping products halfway across the world that could just as well be made in close proximity to where they are needed.

There is a chance, provided by renewed interest in the environment, to devise a less wasteful, more gentle future. One where Government takes action to tackle food waste by penalising irresponsible retailers; encourages start-up businesses and supports small firms through fiscal policies which transfer their tax burden to multinationals and corporates; regulates to eliminate unsustainable economic activity in the way that it currently discourages the use of plastic bags – why not extend this to plastic milk bottles, polystyrene packing, in fact all non-biodegradable packing.

Government must also play a key strategic role in defending the interests of workers and consumers who face exploitation at the hands of environmentally wasteful, careless corporate businesses. It must ensure that everyone benefits from greater environmental consciousness and that the return to a more harmonious relationship between the natural world and civil society enhances well-being now and ensures that our legacy to the generations to come is one of which to be proud.

As we go forward, this strategic role will become ever more important.

I have personal experience of how such a role can work well in practice. As Transport Minister under both David Cameron and Theresa May, I looked across my brief and saw that we are the a brink of a set of changes that will transform people’s lives.

Electric vehicles clearly have the potential to greatly reduce pollution. I saw that government had a duty to act now to ensure that the future benefits of these changes were maximised. We legislated to ensure that petrol stations and motorway services installed electric charge points in anticipation of change.

And I’m delighted, that in response to my calls, the Office for Zero Emissions is tendering a contract for designers for the development of a “iconic, functional public electric vehicle charge point.” We shouldn’t see new technology as mere utility although, of course, it provides a utilitarian purpose.

Charging points should add to the best of the street furniture around our towns and cities. That’s why the design becomes critical, what’s useful should also be something that people enjoy seeing, like a Gilbert Scott designed telephone box or a Belisha Beacon.

When I was the Minister for Roads, we also invested in innovative projects, through the Advanced Propulsion Centre (APC), a joint industry-government programme, to put the UK at the forefront of low carbon vehicle technology.

We are now beginning to see the fruits of this foresight. Nissan has set out plans for a £1 billion electric vehicle hub in Sunderland which should create 6,000 new jobs. Vauxhall has announced they will build electric vans at its Ellesmere Port plant. And the government are in talks with six companies about the location of new ‘gigafactories’ for battery production.

This success would not have been possible without sustained government engagement and support.

We have already seen that across the environmental agenda, the right incentives and obligations, including government support for research and shared infrastructure, has shown that private enterprise can, and has, delivered sustained improvement in the performance and cost of clean technology.

Future improvements can be made if we learn the lessons from actual examples of success and failure.

And our decision to leave the EU will prove vital to this, as it has freed us from the shackles of state aid rules that left us powerless to compete with countries that have deliberately stacked the terms of trade in their favour.

Finally, attainting an environmentally sustainable social solidarity is also about what we choose to value most as a society.

Technological progress can play a part in tackling environmental concerns. However, more fundamentally, we need to reconsider how we live now and what we’ve lost. Little more than a generation ago, people lived more gentle, more harmonious and more environmentally measured lives – buying what they needed, rather than purchasing to excess, shopping nearby with retailers procuring their stock locally, discarding much less as we reused bottles, tins and boxes, travelling far less to work, rest or play, holidaying in our own country, walking or cycling to school or work – all these simple things that were once routine can be again.

If we are genuinely serious about environmental protection, then we must be bold enough to challenge some of the lazy assumptions that have led to the feckless wastefulness that characterises too much of the modern world.

We must ask whether we should continue to prioritise economic growth of any kind and convenience at any cost?

Are there things that we sacrificed in the brutality of the industrial revolution, and the upheavals of the twentieth century, such as beauty, calm and communal life — that we ought to reclaim?

Is wellbeing really synonymous with limitless consumerism and selfish individualism?

Or should we consciously rethink our relationship with technology and its impact on the common good?

These are ultimately questions that will only be answered through open political debate. Yet there are those who are so certain of their virtue they shun discussion. Including those who place climate fundamentalism above all else.

Ultimately, such extremism is counterproductive, perhaps even wilfully so, as activists often want to define themselves against a majority they view with contempt. Climate extremism spreads division where sustainable action is only possible if we are united in a common purpose to foster the common good.