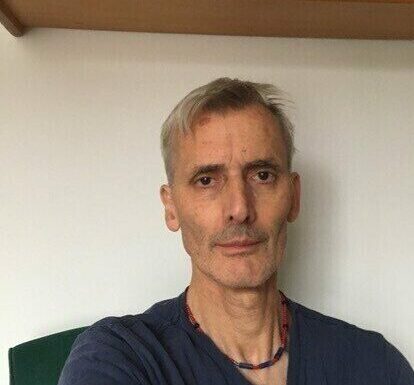 Since the 1980s politics has been dominated by a liberal consensus. The right controlled the economy, the left controlled the institutions of culture and learning. Wealth and opportunity were increasingly concentrated at the top and there was a diminishing sense of ‘reciprocal obligation’ amongst the elites. Public trust in the democratic system evaporated. ‘Too many politicians’ wrote Deborah Mattinson in Beyond the Red Wall (2020), ‘had played fast and loose with the goodwill of the electorate’ (p230).

The contemporary Labour and Conservative parties are products of this consensus. The Conservative Party abandoned its conservative ethos in favour of liberal market economics. Labour has become a party of social liberalism. One stands for the market, the other for the state. Both are dominated by a Whiggish, utilitarian politics. And both have been neglectful of society and its associations.

In contrast England, the country both parties must contest for power, is conservative and radical in sentiment. These dispositions are woven into the fabric of our historical, national culture and embodied in our constitutional settlement. Our political institutions constrain extremes and maintain a balance of forces by enabling enough influence of each to render the other powerless. Periods of political crisis are marked by the domination of one disposition or the other.

Three decades of globalisation and government liberalising policy have undermined the conservation of society and eroded the constraints on individualism. In reaction the conservative disposition has become politically salient. It is the assertion of association, human relationships, the parochial, the need for belonging, and the moral practice of reciprocity. These are qualities drawn from the inheritance of England’s constitution and traditions of liberty. Out of this ‘rebellious traditional culture’ a new political common ground, that is both radical and conservative, has emerged.

In the coming period, the struggle over who succeeds in shaping the politics of this common ground will determine the fortunes of both political parties. The New Social Covenant proposed by Danny Kruger and Miriam Cates is the first significant political step toward achieving this end.

A covenant ensures a mutual security. It involves a moral commitment and reciprocity and so sometimes a sacrifice for the common good. It is temporal, embracing those who have gone before and the generations yet to be born. And it is not simply individualistic. To achieve a common good it requires a democratic politics to negotiate mutual respect and recognition between estranged classes and social and ethnic groups. Above all it recognises that our individual liberty is founded upon our dependence on one another.

The idea of a covenant between the people and Parliament has deep roots in the long history of England and the Union. The most recent example begins in the Second World War. The war cabinet of 1940 brought together an extraordinary coalition of working class and provincial Conservatism. Labour’s landslide victory in 1945 consolidated a new kind of national covenant that bound together the two classes and their geographies.

A new settlement between the interests of capital and labour was established. Government provided full employment, social protection, health care, education and national security. Business and the unions would cooperate for national renewal. The rich would recognise their obligation to their country. British capitalism would support the national interest.

However, by the 1970s Britain’s national economy had begun to fail. The Labour Government’s attempt to impose austerity failed. In late 1978 an industrial dispute at Ford triggered a free for all in what became known as the Winter of Discontent. At the beginning of 1979 opposition leader Margaret Thatcher outlined her proposals for restricting trade union powers.

These had been shaped by a document called Stepping Stones, written two years earlier by John Hoskyns and Norman S. Strauss. It not only framed a strategy for the Conservatives’ 1979 election campaign, it defined a strategy for governing and what later became known as Thatcherism. Its principal target was the trade unions. ‘Recovery’ wrote Hoskyns and Strauss would require a ‘sea-change in Britain’s political economy’. The strategic task was to ‘persuade the electorate to reject Socialism, and also to reject its continued promotion by the trade union leadership.’

Their task was fulfilled and in the following decades a bipartisan liberal consensus was established. The national economy was opened up to market forces and integrated into the growing global economy. British capitalism was effectively wiped out. The country’s productive base was switched to low wage, non-unionised countries. By the nineties, the industrial regions were dotted with derelict factories, boarded up mills and rusting machinery.

Despite the good it did, New Labour had adapted itself to the liberal market settlement and it failed to reform an economy that was pulling society apart. As incomes were flatlining, wages stagnating and secure industrial jobs were replaced with precarious, unskilled work, New Labour embraced the free flow of goods, capital, services and people igniting a backlash against the party in its own political heartlands. Corbynism proved to be its radical, prodigal offspring. Its ‘open world’ of porous borders was the political nemesis of the Labour Party.

Globalisation and government policy in the era of liberal consensus created a dual economy in the UK. In the core economy of London, the globally integrated metropolitan cities and university towns, the financial, professional, corporate and political elites have appropriated most of the national wealth and income. Outside this core economy, the urban hinterlands, small cities, towns, coastal and rural areas have an economic productivity on a par with the old Communist East Germany.

The national covenant established by Attlee’s government had held the Union and its social classes together in a fragile unity. It is now broken. In the 2008 financial crash bankers escaped unscathed while the most vulnerable in society were punished with a decade of austerity. Then followed the Parliamentary expenses scandal. In 2015, the vote to leave the EU led to persistent efforts by the political establishment to undermine democracy and overturn the popular vote. Covid brutally exposed the legacy of this period in the failings of government and the pandemics disproportionate impact on the poorest. Over the decade the whole national edifice of class, political and cultural power has failed to honour its part in the covenant.

The social covenant proposed by Danny and Miriam speaks to this experience and history. Its aim is to establish a new social settlement ‘between individuals, the associations of family, community and nation, and the state.’ It emphasises local identities and attachments. ‘Conservatism’ writes Roger Scruton in Green Philosophy, ‘is inherently local’ (2012, p10) and this social covenant marks the renewal of a conservative political tradition and the shape of politics to come.

But from a Labour perspective it is a covenant half formed. Its criticism of the limitations of the liberal contract does not extend to the economic sphere. Its argument for decentralisation and communities taking back control is silent about unaccountable economic, financial and corporate power.

A covenant for national renewal needs to extend reciprocity to economic relations and restore a fair and just balance of power between capital and labour. It was the destruction of the labour interest and the subsequent return of the economy to Edwardian laissez faire under Margaret Thatcher that unleashed the liberalisation of society. Local place and the status of labour were eradicated from economic calculation. The nation state was pushed aside by supranational power and global corporations. The realm of the social was increasingly marketized. Democracy and state were hollowed out and politics was reduced to technocratic administration, judicial procedure and intra-elite conflicts.

The governing liberal consensus of recent decades was built on the political destruction of the labour interest. The dominance of liberal individualism in society and of utilitarianism in politics were consequences of the overweening dominance of capital and its interests. The transfer of power and wealth away from working people lies at the heart of our national crisis.

Strong local economies and cultures are crucial assets for a national economy, but they require partnerships between business, government, workers and local communities. Rebalancing geographic power and wealth will need regional banking for investment, and reshoring industries. To be effective national economic regeneration must prioritise work and wages and families, concentrating on the repair and updating of the everyday economy which sustains all our daily lives. This includes the care of children and elders, health, education, housing, utilities, broadband, retail and food production. And central to national reconstruction is the strengthening of the labour interest through a system of vocational education, workers on company boards, improving trade union representation, and new forms of worker solidarity.

Labour once understood that to win it must bring together the interests of labour and capital in a national covenant. In 2012 Jon Cruddas, having taken on the task of running Labours policy review, called for a new Labour covenant. The idea fell on stony ground. With the launch of their New Social Covenant Unit, Danny and Miriam have issued a challenge not only to their own party but to the whole political class. Do our political parties contain the intellectual and political resources to renew their politics, pivot to these new times, and face the future? We will know the answer by 2024.